Let me reiterate this story from last year. As you know (or will know if you’ve never been here), I garden on the very banks of the Stony Creek behind the office building. While tending my garden, I often look across the creek at the woods on the other side. Over a period of weeks, I saw something growing up and around one of the tree trunks. Whatever it was growing there, it was deeper green than the surrounding foliage. My vision is not the best, so I often wondered at what it could be.

One particularly dry day when the Stony Creek was at its lowest, I decided to trudge across it to satisfy my curiosity. Lo and behold, it turned out to be a cucumber plant! I picked the 3 cucumbers I found growing on the vine. They had a refreshing and mild taste.

I have no idea how the plant came to grow here in the woods. The Stony Creek does flood on that plane, so the seed could have been washed downstream. Perhaps someone walking through the woods pitched a piece of cucumber near the base of the tree. Or maybe Johnny Appleseed had a cousin who went around seeding the countryside with cucumbers. Who knows? I named it Best Cuke for its taste and heartiness – that and because writing Stony Creek Cuke would take too long and wouldn’t fit on the Popsicle stick I stuck in the pot. I grew out seeds from one of the cucumbers to share with you. This will become a big plant, so I wouldn’t recommend it for container growing. It truly needs a trellis or other method to hold it up.

Thank you for the photo D. Brandauu! 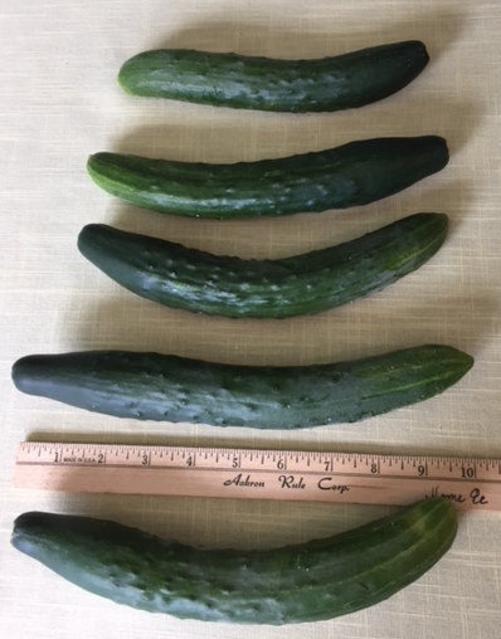